Talent seems to run in the family when fashion designer Cheryl Dutta, the multi-talented sister of actress Lara Dutta, showcased her latest bridal collection over high-tea on Tuesday. Cheryl Dutta was an air-force pilot by profession, Cheryl made a daring transition a few years ago to follow her heart’s calling and become a designer. She decieded to follow her heart and do what she likes. 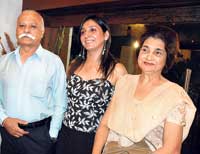 “I always had the aesthetical sense of designing but had never thought of retailing my creations. But finally, I took the step and am very happy with my decision,” blushed the soft-spoken designer. And what’s her inspiration, we asked? “Lara is my muse. She was always the stylish one at home, and she carries off almost every outfit so well!” To which designer Neeta Lulla, who had come in with son Siddharth, added, “That’s true. Lara’s one of the few people who can carry off anything from a sari to a cocktail dress.”

And was the ‘muse’ herself present? Of course, and she was accompanied by her proud parents Wing Commander (retd) Lalit Dutta and Jennifer. When asked about her sister’s creativity, Lara exulted, “Oh, she’s always been the most creative and dynamic of us all. And though I find it absolutely flattering when she says I am her muse, I have to admit that she has been a source of inspiration for me all through…” Sister bonding at its best!

Co-host boutique owner Aminder Madan’s close friends including Deanne Pandey who had come in after a long day at the gym but said, “I had to come to see Cheryl’s outfits; she always has something novel up her sleeve”; Shaheen Abbas who said she was determined to get rid off her post-pregnancy flab and tarot card reader Munisha Khatwani were also present. And Munisha found company in Lara, who incidentally shares a passion for tarot as well!

Pantaloons Femina Miss India 2007 Puja Gupta made her presence felt on Day V of the WIFW.

“I am not a very fashionable person,” she said. “I have my own style fundas. Anu Kaushik did my make-up but I did my hair myself. Otherwise, I am a very white-shirt-and-blue jeans kinda person.” 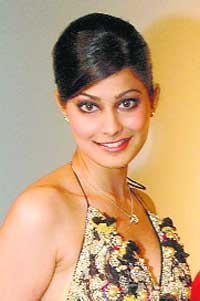 The lady has been travelling to promote AIDS awareness and is soon heading towards Washington DC for the same.

Puja would like to take the plunge into Bollywood if interesting offers come her way. “I can’t say anything about films right now. They might be the next step, though,” she said .

While most girls her age were occupied with trivial things, Geetanjali knew that fashion was her forte. A Navy officer’s daughter, she studied at the most reputed institutes, Mount Carmel and Lady Shri Ram College. She went on to study fashion design at South Delhi Polytechnic.So far,so good. 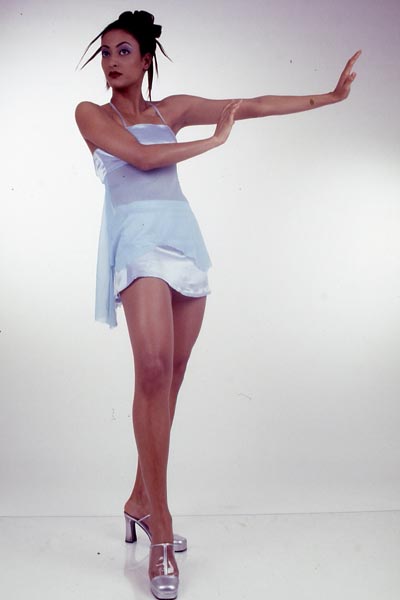 Seems like Geetanjali always knew that flashbulbs were what she was meant for. What she didn’t know was that midway, one wrong step would put paid to a promising career and start her on the downward spiral.One can never predict what is going to happen.

Human memory is short. And fickle. Few designers or models claimed to remember Geetanjali. Why just designers? Her own mother and sister have not laid eyes on her for the past two years! Nor have they come forward to claim her since her rescue.

Gitanjali was always the experimental, creative type. Recalls a friend,”She would mix two shades of lipstick to create a brilliant new one. She would try out different eye make-up, she liked to do alternative shoots in black and white – Gitu was always different. She loved the tanned look and would come back with a beautiful bronze tan every time she went to the beach”

Mated locks, dirty clothes and unhygienic conditions. Was it the pressure of a demanding career or bad company that took Geetanjali towards the dark lanes of drugs? Her life is known to have become merely a passage for men, walking in and out. She married Robert, a German, against the wishes of her family and had a son, Arthur, with him. And then, one fine day she walked out from here too in search of that elusive freedom .

For anyone who has known Geetanjali, it’s nearly impossible to believe that the girl who begs the dhabawala for food and sleeps in a temple is really her. Almost always spotted in a black top and skirt, she went about the streets carrying a bundle of books and sometimes even walked in to the fashion stores of Hauz Khas village

Maybe it was the fast life of Mumbai that she couldn’t cope with or maybe it was something else – but Geetanjali did lose her best years, spending them away from the glitz and glamour she had always dreamt of, in grit and grime. Her son Arthur is nearly five years old today and is unaware that he has a mother walking the streets of Delhi somewhere. His father Robert is trying to get tickets to fly down to India for her. This sure is one fairytale that went very wrong…